In an interview with GT, Swarm Technologies co-founder and chief technology officer Benjamin Longmier explains how his company syncs public- and private-sector clients to maximize data use from small satellites.

If satellites have a future in gov tech, one of the first partners in line could be Swarm Technologies.

Co-founded in 2016 by Benjamin Longmier and Sara Spangelo, and headquartered in Mountain View, Calif., Swarm aims to make satellite data accessible and affordable. The company is approaching this by designing and building communications satellites in-house, contracting with rocket companies to launch them, and then finding partners, public or private, to pay for their data services. So far these partners include agriculture, logistics and shipping companies, and recently Ford Motor Co., which aims to install satellite data modems in every vehicle in the future. Swarm has put seven satellites in low Earth orbit to date, building toward a long-term goal of 150 that will represent its own communications network. Plus, Swarm plans to build private constellations for other agencies, including governments.

Speaking with Government Technology about the future of the industry, Longmier, Swarm’s chief technology officer, said it was too early to name the company’s price point — although he assured us their services are about 1/100th the cost of typical satellite data — but had much to say about why governments should be watching (this) space.

TWO OF THE PRIMARY USE CASES FOR COMMERCIAL SATELLITES RIGHT NOW ARE EARTH SENSING AND INTERNET CONNECTIVITY. DO YOU FORESEE OTHERS?

Earth sensing is pretty broad. You can think of imaging and optical, imaging and IR (infrared), imaging and UV (ultraviolet), multi-spectral, hyper-spectral. People are doing SAR-based (synthetic-aperture radar) imaging now, radar-based imaging, which can see through clouds and precipitation, so I think that’s up and coming in the U.S. A couple foreign companies are doing that now already.

Communication is near and dear to our hearts. We’re doing two-way communications. There are a few others proposing to do one-way communications, but we think it’s pretty important to have that two-way capability, so that not only can you send data from the field, but you can also get back data.

WHAT COULD STATE AND LOCAL GOVERNMENTS DO WITH MORE OR BETTER IMAGES OF THEIR COMMUNITIES FROM SPACE?

I think there’s an angle there for state and local governments. Likely district, zoning and planning committees can use imagery to better identify places for parks, waterways, infrastructure, and plan for how to operate a better city.

Certainly in cases when disaster strikes … Planet [Labs] likes to say, “No one ever thinks to take a picture of a site the day before the storm hits,” so they’re collecting imagery at a fairly regular cadence. Once a day is the goal, and if you can see how the environment looked before and after, that can perhaps help in future planning and with insurance projects.

WHAT ABOUT INTERNET CONNECTIVITY? HOW WILL THAT IMPACT HOW GOVERNMENTS SERVE THEIR CITIZENS?

We see a number of aspects … if you think about smart water management and smart water resources, we’re [preparing] a pilot program now with The Freshwater Trust in California. They want to make sure the right amount of water is used in the right places … to grow crops and have less waste in pesticides and water use. It makes the crop cheaper, as well, and if you think about how that corn is harvested and put onto a truck, Swarm is proposing to work with a number of vehicle logistics companies and monitor the temperature of the truck, its location and the full end-to-end logistics chain. Then when it gets to the grocery store, you want to make sure that product is fresh, and that’s the kind of data Swarm can send back as well, right before it enters the store. So that’s just one example, but I think it shows the whole logistics chain of how, on an average daily basis, things like IoT in general, but specifically IoT through space, can help the average consumer.

DO YOU THINK GOVERNMENTS WILL PAY FOR DATA SERVICES OBTAINED BY SATELLITES OR OWN THE SATELLITES THEMSELVES?

I think for state and local governments, likely that will be using the data, paying for the services for various IoT points. I think at the larger federal level, like Swarm has been exploring, we’re offering these satellites at a price point where, for these federal agencies, it’s a drop in the bucket compared to what they pay for existing types of satellite data.

DO YOU FORESEE ANY NEAR-TERM USE CASES FOR A STATE OR EVEN CITY GOVERNMENT OWNING OR CONTRACTING SATELLITE DATA SERVICES?

Swarm definitely sees that near-term need. With California, in particular … we see the near-term need of water management throughout the entire state. Swarm is working with The Freshwater Trust and with a startup company called SweetSense to perform water management throughout the state. We think that the state could ultimately benefit from being able to monitor where the water’s going, where it’s being used, and how to better manage the ebb and flow of water as a resource. That’s being done to some extent now, but some of the sensing technology isn’t quite there, and with just a little bit of work, in the very near term, even in 2020, we can be taking and sending satellite data from all of these waterways, water pumps and reservoirs, and have really accurate knowledge of what those things look like in real time, 10 times a day.

WHAT ARE THE NEXT INNOVATIONS FOR SATELLITE TECHNOLOGY? WHERE IS THE CUTTING EDGE NOW?

Just like cellphones, where every year there’s a new chip, new technology, 2G to 3G to 4G on cellphones over that number of years — it’s the same way with space. The next things coming for space communications, at least, are higher data rates, higher speed, better coverage, more sensitivity. One can even think about doing positioning and tracking that is like GPS, but entirely separate from GPS — doing tracking from multiple satellites and RF signals, but not using GPS signals. That’s one thing we’re looking at in the future, where that type of data insurance can be augmented with GPS. 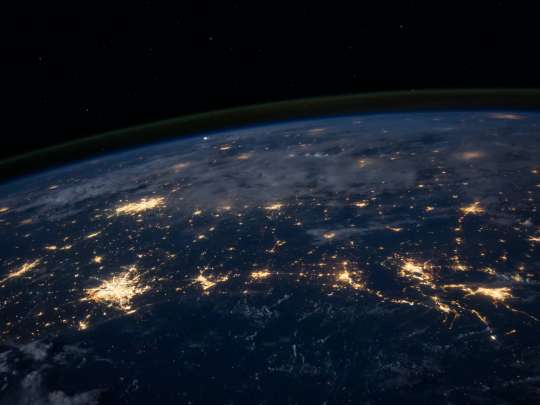 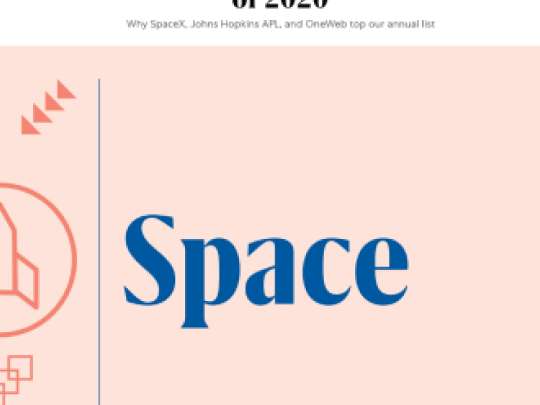 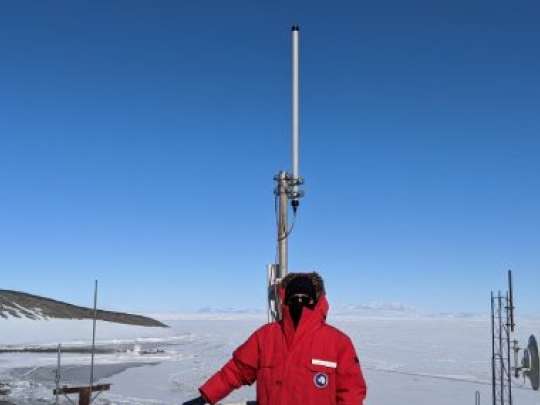